To say that it took a village to train Hanna and I to track would not be far from the truth! It is because of the villagers (Pat K, Barb Loree, Kathy Miner.. and also Ed and Mary from our tracking in Wisconsin) and their teaching, diligence, patience, huge support and practice sessions that Hanna and I were able to successfully complete the Urban Tracking Dog Excellent Test! Yes – WE DID IT! It still seems unreal... but on May 15 and 16th the Alberta Kennel Club hosted the first ever Urban Tracking Dog Tests in Alberta and Hanna and I were blessed to not only get the one and only UTDX spot in the test but to be the first to become a UTDX titled team as well as Tracking Champion in this Province!!! What was so wonderful to watch was that every single dog and handler that was entered in the UTD and UTDX tests was so UTD/UTDX deserving but the only other successful team that day was Barb Loree - earning 2 UTD’s – one on Likah and one on Chase! Hanna and I were lucky enough to have a “together” day on May 15th and because the two of us had our game on... we were able to work through the long track in the heat of the day – maneuvering 7 turns, over all kinds of surfaces – grass, asphalt, cement, rock, dirt... with all the urban obstacles to interrupt us (people stopping to pet dog, traffic, SQUIRRELS!!!) in a total of 53 minutes. Hanna found all 3 of the articles that were dropped by the tracklayer – a small piece of wood in a parking lot, a plastic swtich cover lying in grass by the church and the final article (which I didn’t believe could possibly be where Hanna was taking me! – oh me of little faith!!!) – a small piece of green leather laying flat in a rather large parking lot! I am so proud of Hanna – she worked very hard to do as I asked of her... with only a small blip (SQUIRREL!!).. she really gave it the “Koping” all.... Hanna is now known as Canadian CH, TCH Koping’s Make A Little Magic, CGN, FDJ, RA, CD, AGNS, AGIJS (American RN, CD, TD). Thanks SO MUCH to everyone who lifted us up and supported us when we didn’t think we could do it...WE COULD DO IT.. I JUST NEEDED TO TRUST AND BELIEVE (and was very thankful for those orange socks that Pat K gave me as a good luck charm!! (oh yes... Hanna soooo thanks her mom Paige for giving her that special tracking gene...... and – it looks like Garmin might have gotten it as well.... stay tuned!) 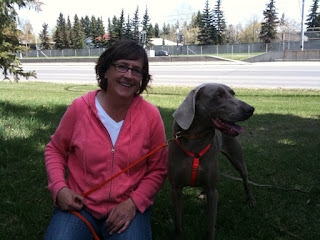 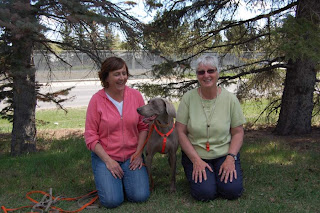 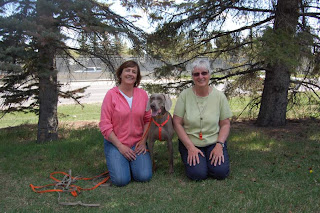 Posted by Koping Weims at 7:06 AM No comments: Links to this post

WHAT A FIRST SHOW 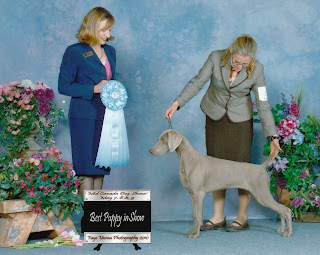 Posted by Koping Weims at 7:37 AM 3 comments: Links to this post

Some of the Koping group was out at the University of Calgary on May 2nd practicing Urban tracking. As you can see from the pics, Garmin is well on his way to following in his Koping family's great tracking footsteps. Paige and Hanna are entered in the upcoming UTD and UTDX tests on May 15th and 16th here in Calgary. GOOD LUCK girls!! 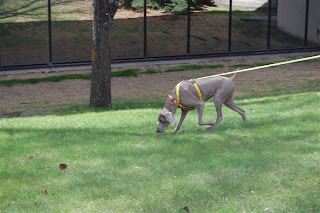 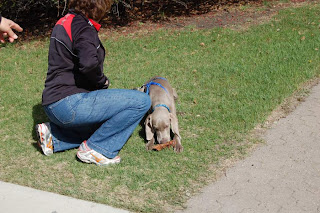 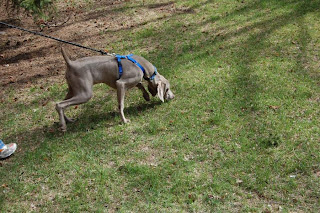 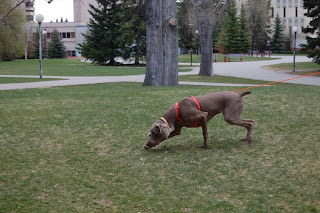 Posted by Koping Weims at 2:06 PM No comments: Links to this post

13yrs ago at this same show -mid Canada Taylor won Best Puppy In Group and now her great great grand daughter P!nk not only did the same thing with a Best Puppy In Group but even better with a BEST PUPPY IN SHOW...HUGE WOW and CONGRATS TO PAT AND P!NK
As you can see in the picture Taylor is very happy with the big win.
Stay tuned for more weekend news...cause there is more. 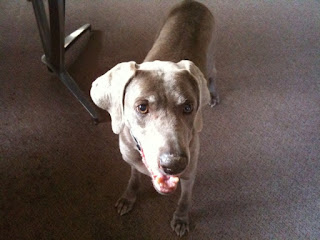 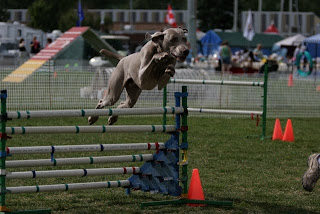 Posted by Koping Weims at 9:11 AM 3 comments: Links to this post

** SUMMER 2018 **
watch the blog for updates
or contact Pat at kopingweims@shaw.ca for more information about this exciting breeding 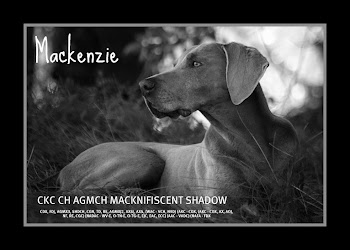 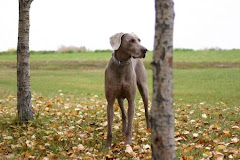 the dog who started it all 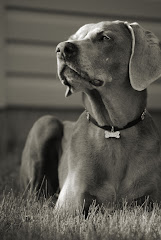 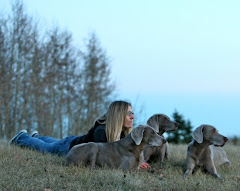